Established in 1992, the Mayor’s Artists Awards program recognizes the significant accomplishments and contributions of individuals and organizations, to the arts and cultural landscape of Utah. They are given to those who have shaped Salt Lake City as a culturally-rich place to live. This year’s winners — selected by a panel of community arts leaders and past recipients — represent more behind-the-scenes folks who may not be familiar names to many. 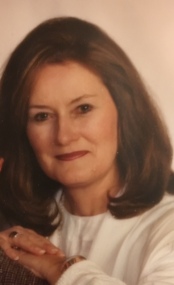 Working as the principal costume designer for the Utah Opera since 1976, Susan’s work behind the sewing machine brings magic to the stage. She first realized a love for the arts and music while attending school at Millard High School, Dixie State, and Southern Utah University. During college, Susan performed in many musicals, singing throughout Utah and touring Europe with Dixie College. Susan received the 2015 Governor’s Award for her contribution to the Arts in Utah. Susan now consults with the Opera on occasion but her work lives on in the racks of costumes that the Opera rents around the country.

Geri Cordova is a visual artist and graphic designer who creates images for businesses on chalkboard murals. She is also a regular dumpster diver and upcycler who finds interesting objects to incorporate into her work. She began her career as an industrial designer, but now freelances, bringing her art directly into the community. She often takes her art supplies to kids with terminal illnesses and helps them to have some fun drawing and painting with some art therapy. Kids in juvenile detention have also been helped by Geri’s artistic reach.

The Gifted Music School has been around since 2008 and their programs teach music to kids at Mountain View Elementary. GMS also provides training for students ages 3-18 with scholarships available to those who need financial assistance. Students have gone on to perform with the Utah Symphony, at Carnegie Hall, and  have been accepted to the Julliard School of Music.

Always behind the lens is Lynn Hoffman-Brouse, who uses her photography (both still and documentary) to create change, challenge biases, and foster a more tolerant world. Her passion has led her to work with the YWCA, Educational Opportunities for Children, Heart and Soul, the Utah Chapter of the Wilderness Society, and others. She founded The Documentary Project Fund, an organization that helps fund documentary photographers who work on long-term projects in their communities. Lynn has been an English teacher and an adjunct faculty member at Salt Lake Community College. 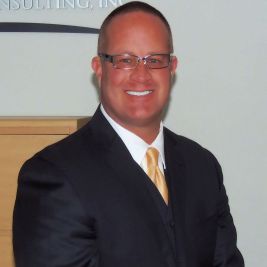 Shawn Kane has, perhaps, one of the largest and most important roles at many of Salt Lake City’s events, yet goes unnoticed and unknown by thousands. This is by design. Shawn is the owner of Kane Consulting, an event and private security firm, and works tirelessly to see that events are presented safely. His intuitive understanding of crowd behavior and quick responses inspires all who work with him. His service to the arts as an individual rarely gets noticed by the general public. His work makes being in a crowd feel comfortable, and our City feel like home.

Meet these community-minded award winners on Friday, June 23rd at the Utah Arts Festival. They will each receive their awards at 7:30 p.m. on the Festival Stage.

For more information on the Utah Arts Festival, visit https://uaf.org/